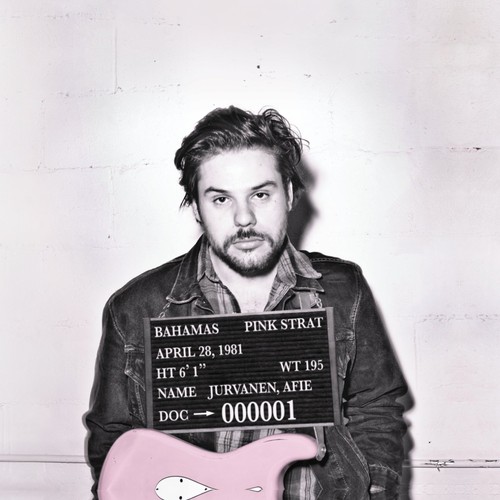 Afie Jurvanen isn't from the Bahamas. He's a Finnish-Canadian from Game a working class town in rural Ontario. But his chosen epithet is filling. Since 2009 he's been making music under the name Bahamas--writing songs about sunsets, love affairs, and making out with crooked smiles. Through simple arrangements, he charts an escape route from the snow belt to the coral reefs.Pink Strat is a collection of beautiful storytelling, of sincere and plodding romances, tinged with nostalgia. It is named after the guitar that's seen him through since his early days as a sideman playing for the likes of Jason Collett and Amy Milan. Like Robbie Robertson once did, Afie turned his own band into a back-up band, before hilling the road to play with Feist for three years. When he finally returned home with no band left of his own and a suitcase of songs, he began recording what would become his debut album. Since its Canada-only release in 2009, Pink Strat has slowly grown a strong following amongst musicians--leading to touring with Wilco and opening slots for Elvis Costello, Calexico, The Weakerthans, and Sam Roberts. In 2010, Pink Strat was nominated for the Polaris Prize (Canada's Mercury Prize), and a Juno (Canada's Grammy Award) for `Roots/Traditional Album Of The Year'. * (pronounce AY-fee; NOT ALfie)
back to top