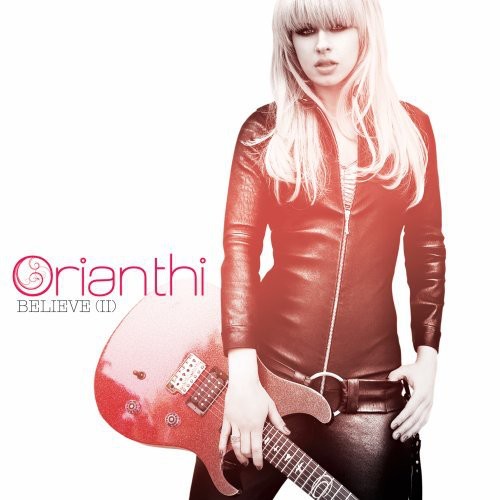 As Orianthi prepares to hit the road with Adam Lambert (Spring/Summer 2010), she has also been busy recording some new music including her current single "Shut Up & Kiss Me." This song, and others, appear on a new edition of her debut album Believe. Believe (II) features four newly recorded tracks including current single "Shut Up & Kiss Me," "Courage," and "Missing You," all produced by Howard Benson, plus "Addicted To Love" which was produced by RedOne. Also on the album, selections from the original Believe release include her debut hit single "According To You," "Bad News," "Feels Like Home," "Think Like A Man," What's It Gonna Be," "Suffocated," "Highly Strung" and "Believe." It's been just over a year since Australian guitar virtuoso Orianthi first grabbed our attention with her mesmerizing guitar solo during Carrie Underwood's "Last Name" performance at the 2009 Grammys. The blogosphere starting buzzing with word of a new girl with guitar chops and soon Michael Jackson called and hired her on the spot to join his "This Is It" tour. Sadly the tour was not to be but Orianthi took center stage as she released her debut album Believe and first single "According To You" in the fall of 2009. Radio and fans were quick to embrace "According To You" propelling it to the top of the charts where it was the #2 most played song in the country with digital sales of over 1 million! In addition to Carrie Underwood and Michael Jackson, Orianthi has also performed with Carlos Santana, Steve Vai, Prince and most recently Mary J. Blige on her rendition of Led Zepplin's "Stairway To Heaven." Orianthi and Steve Vai shot a video for her song "Highly Strung," and instrumental guitar dueling track on her album, which became an internet sensation as viewers would see she and Steve battle their strings. Orianthi appears in the Michael Jackson tour rehearsal documentary "This Is It" which was released worldwide last fall. She has appeared on many television shows including Good Morning America, The View, Jimmy Kimmel Live, The Tonight Show with Jay Leno, The Ellen DeGeneres show, American Idol and more.