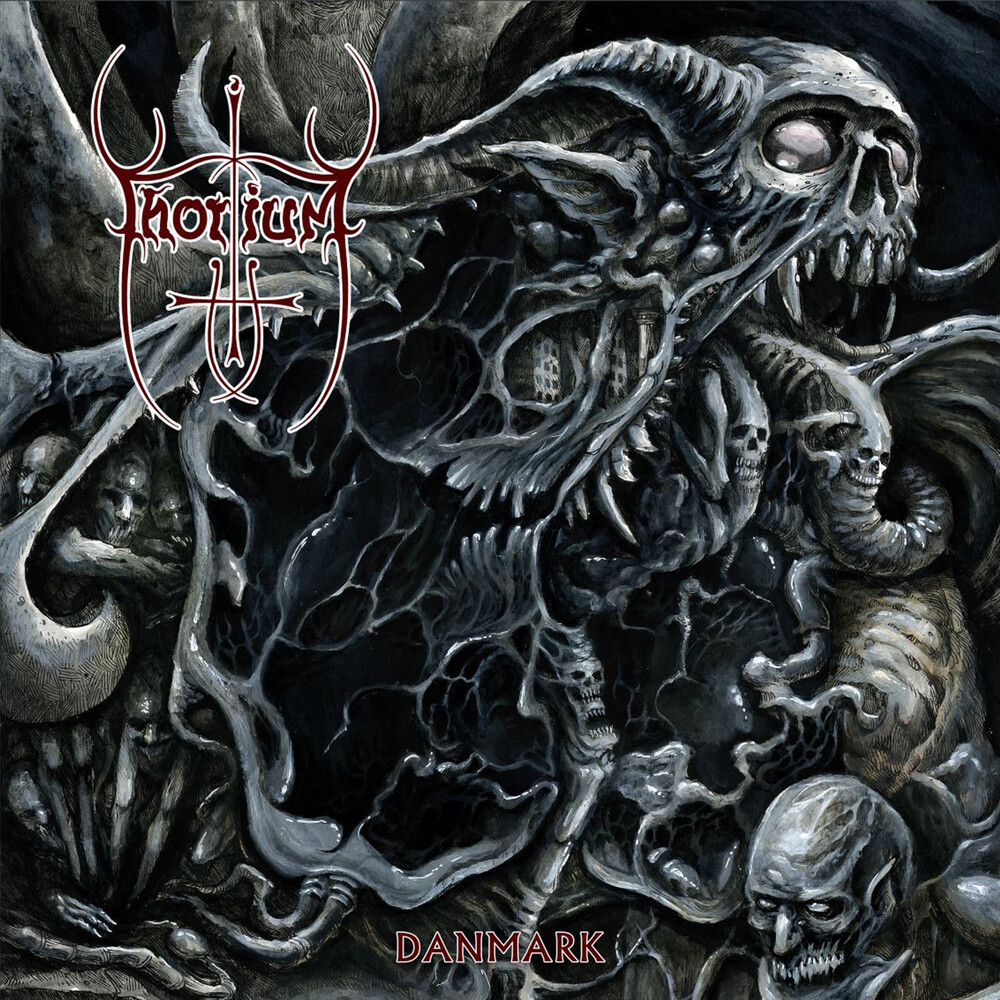 ENTER THORIUM! THE DANISH DEATH METAL VETERANS ARE NEARING THEIR SILVER JUBILEE AS A BAND BUT ARE STILL AS VIBRANT AS EVER ON THE NEW ALBUM "DANMARK".Vocalist Michael H. Andersen has once again gathered a new crew - well, besides mr. JP on leads who has survived from the last album to fight another round - and released an album that is as old school as ever. Even down to the recording which was done live at Angioni Studios with all rhythmic instruments present, recording as a band. With small imperfections and all. And without a metronome to guide the band members. Just like in the old days.Musically, the guys do have a few tricks up their sleeves. While the backbone of the band's utterings is still a cross between the traditional Florida bands and their Swedish counterparts, other influences are roaring their ugly, rotten heads as well. There's some black death bashing in "Defiance" and "Nine Lives", a driving groove in "My Decay" and "Reign the Abyss" or the eerie melodies in opener "War is coming" or "A Crown to Obscurity" recalling mid-period Hypocrisy. This is Thorium at their creative and brutal peak.
back to top