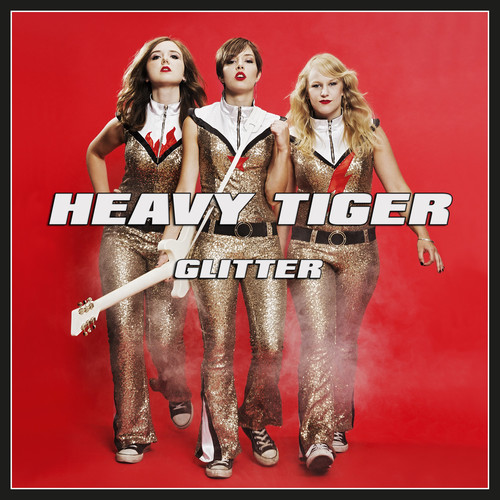 Vinyl LP pressing in gatefold jacket. 2017 release. It's been a busy time for Heavy Tiger, spending the two past years constantly on the road. The Stockholm trio has been touring all over Europe, making national television and even playing in Japan as well as Vietnam to the delight of their ever-growing fan base. However, after completing another European stint last spring together with Backyard Babies, it was finally time to exit the tour bus and record a new album. Glitter, the band's sophomore effort and the logical sequel to their debut Saigon Kiss is now released to an unexpected crowd! The album was produced by Rikard Löfgren with Gustav Ydenius handling the recording duties at Leon Music Studios (Mustasch, Sparzanza, Sister Sin). So, what can one expect from the Stockholm rockers? The first single, entitled 'Devil May Care' was written for the band by singer Ola Salo of the Swedish pop/rock-phenomenon The Ark. With Devil May Care, this little Adam Ant-scented pop song is no exception.
back to top