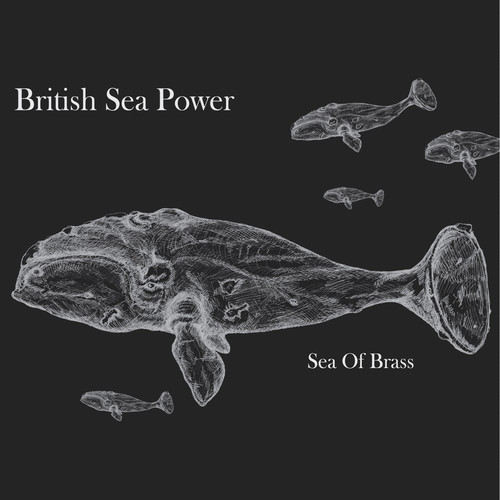 2015 release from the British band. Having toured Britain with full, competition-standard brass orchestras, including a sell-out night in the main hall at London's Barbican Centre, British Sea Power - described by The Sunday Times as "the best band in Britain" - now present Sea Of Brass, a studio album born out of these live brass-backed shows. Including re-workings of much loved tracks from previous albums including 'Machineries Of Joy', 'Valhalla Dancehall' and 'Do You Like Rock Music?' the studio versions of the brass arrangements were recorded with the Foden's Band, a renowned Cheshire-based brass ensemble, formed in 1900. Foden's Band have won numerous international prizes and in 2012 won a rare brass-band double, being crowned both British Open champions and National Champions of Great Britain.