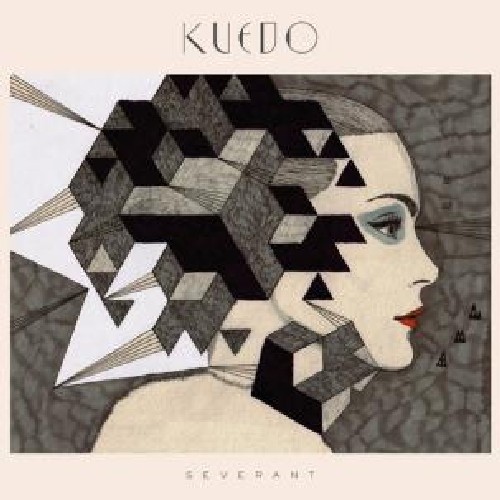 Preoccupied with notions of futurism and escapism, the debut full-length from Jamie Teasdale's Kuedo is an album of dreamlike electronica quite different from what he made as one-half of dubstep innovators Vex'd. for Severant, Teasdale eschews many of the endless technical options available to the modern producer, rendering his tracks at a quicker pace to reveal a lighter, more truthful music. The album explores the space between real life and the detached world of the imagination-that feeling of coming out of a daydream, drifting back into the day-to-day grind. Musically, Severant is in a sweet spot between the innately futurist synth soundtracks of Tangerine Dream and Vangelis and the emotionally ambivalent, materialist fantasies of groups like the Clipse. It's rhythmic inspirations come from what Teasdale calls "the two ultramodern musics" of the day: The footwork movement from Chicago and the drum-machine grinds of so-called "coke rap." He says, "I wanted to capture a really futurist sentiment, kind of melancholy and grandly luminescent, so I used the instrument that most evokes that for me-that sweeping Vangelis brass sound." the album's title refers to stark changes in Teasdale's life that occurred during it's recording, and the tracks are strangely reminiscent to scenes of a film. On repeated plays, different elements rise to the surface, further developing the story in the listener's ears and mind.
back to top