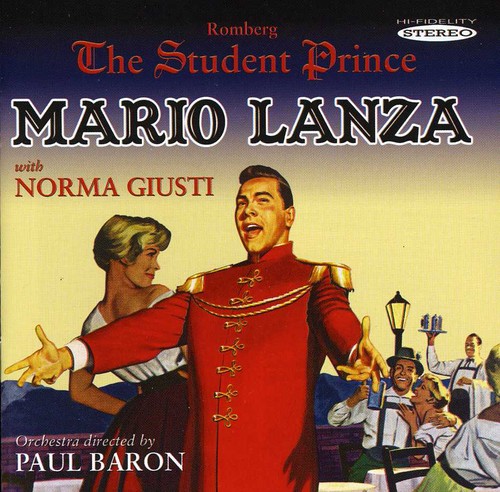 The 1959 Mario Lanza re-recording of "The Student Prince" in stereo with Norma Giusti, which is appearing here for the first time on CD, plus 10 bonus tracks. Mario Lanza was the tenor whose brief but meteoric career included acclaimed performances in opera, sold out concert tours, million-selling records and the title role in the MGM box office movie hit, "The Great Caruso", cut short by his death at the young age of 38. Lanza first recorded "The Student Prince" in 1952 in mono which became a best-seller. Just before his death in 1959 he re-recorded "The Student Prince" but this time in stereo! Now at last this stereo version is available on CD for the first time and with 10 bonus tracks including the version of "Vesti La Giubba" that Lanza performed for his MGM screen test!
back to top