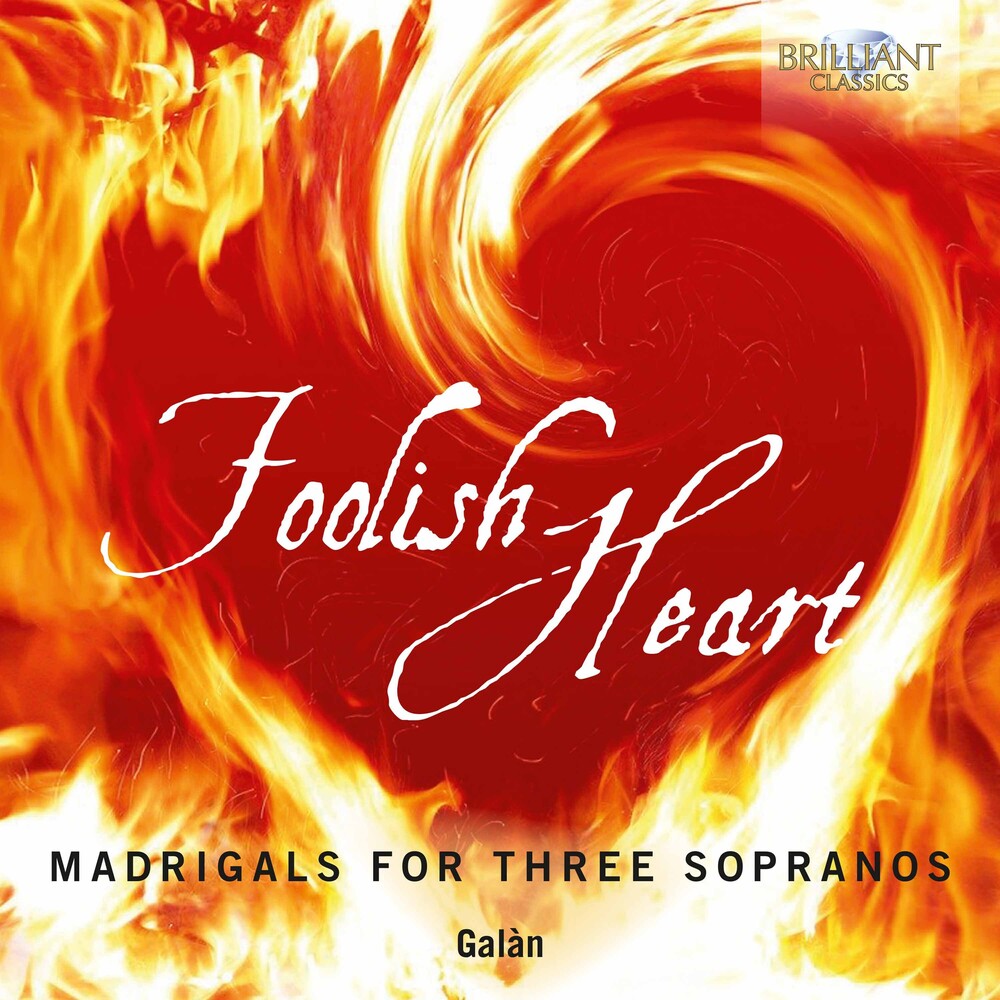 This release marks the debut on record of GalĂ n, a spirited, UK-based young ensemble committed to rediscovering the exciting and neglected sound world of three soprano voices and continuo. Specialising in European Renaissance and Baroque music, the group is accompanied by theorbo and harpsichord, and takes it's name from the old English term for 'enchantment' and 'to sing'. The group was originally inspired by the Concerto delle Donne, at female trio that performed in Ferrara at the end of acceptance in Europe for the female voice the 16th century. This ground-breaking ensemble led the way in gaining as a worthy instrument for respectable entertainment. The title track is a brief but ardent meditation on the madness of love by one of Monteverdi's most accomplished contemporaries, the Roman priest Domenico Mazzochi. More expansive is the cantata Siam tre miseri by another Roman composer, Giacomo Carissimi. Luzzasco Luzzaschi, with O Dolcezze and Non sa che sia Dolore, ranks alongside Monteverdi and Sigismondo d'India as a pioneer in the seconda prattica style which privileged the declamation of text over the smooth polyphony cultivated by Palestrina and his school. Monteverdi's mastery of sacred and secular idioms are both represented here, with O viva Fiamma and Cantate Dominum as well as the harmonically tortured Ohime, dov'e il mio ben. The most significant rarity here, probably receiving it's first recording, is Lo Specchio: a 20-minute cantata by the Vienna-based Antonio Draghi (1634-1700), who gradually advanced through the ranks of the Hapsburg Court to become Kapellmeister in 1669. Plaintive, passionate and always dramatic. It is music that cannot fail to capture the imagination.