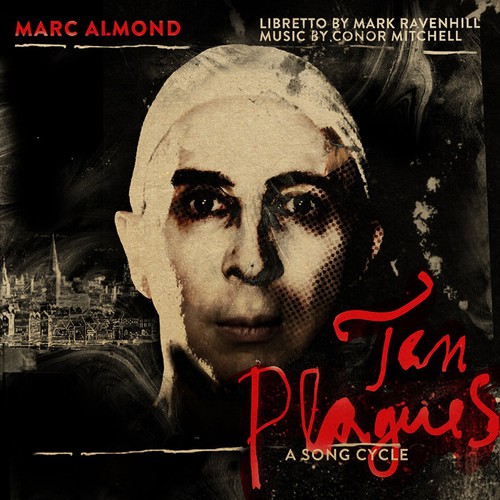 Deluxe two disc (CD + NTSC/Region 0 DVD) edition 2014 release from the British vocalist and former Soft Cell frontman. TEN PLAGUES is an award winning one-man song cycle written especially for Marc Almond by celebrated playwright Mark Ravenhill with the accomplished musical dramatist Conor Mitchell. TEN PLAGUES is presented here in a special package including an all new studio recording of the complete work as well as a DVD of the live stage show filmed at the historic Wilton's Music Hall in East London. TEN PLAGUES tells the intense story of one man's survival through the great plague of London in 1665 whilst drawing poetic parallels to more modern epidemics. Marc Almond plays a character wracked by the loss of friends, lovers, family and sanity in a city in the midst of crisis and disease. He tries to hold on to his humanity despite mourning, grief, despair and the physical isolation that the plague necessitates.
back to top