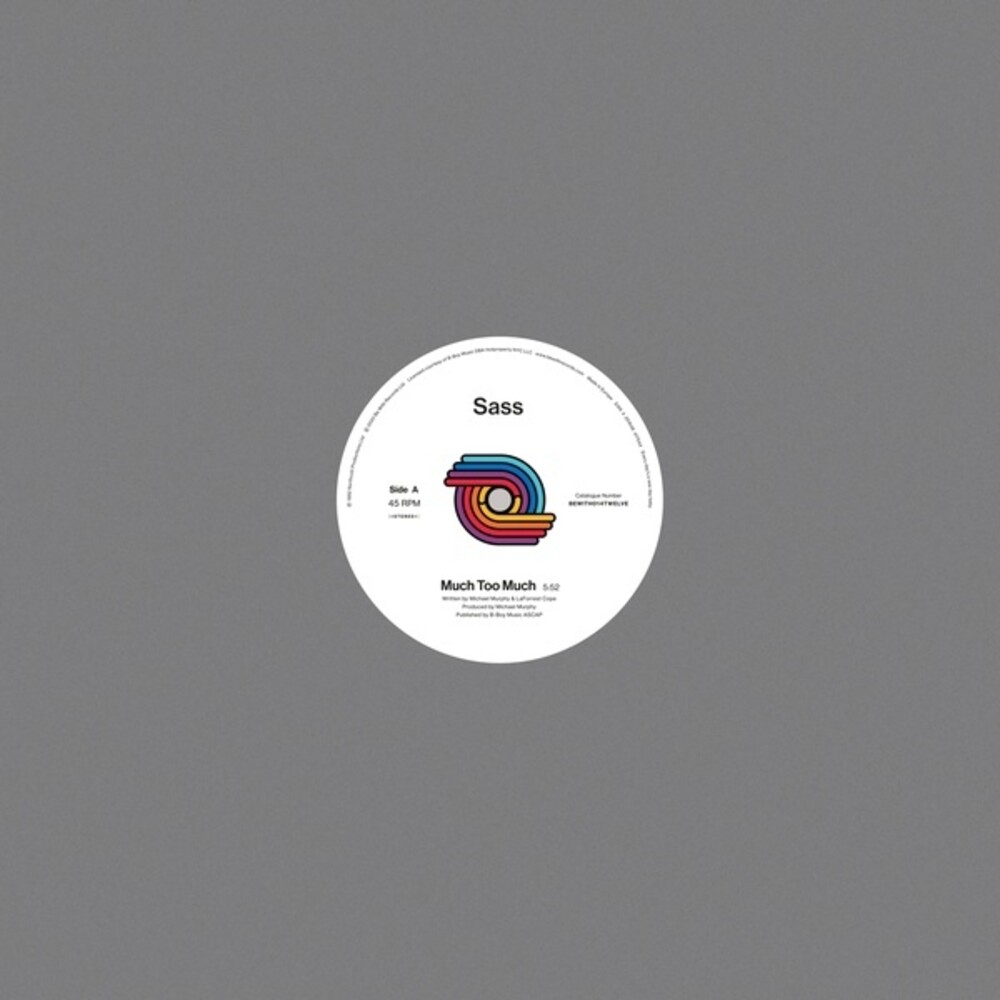 Be With hereby presents aural perfection. Don't let the title mislead you, "Much Too Much" by Sass has just the right amount of everything, whether you're talking about the vocal or the instrumental. And that's as true now as it was when it was originally released back in 1982. In 1981 The Jack Sass Band, as they were known, were still working the NYC club circuit. Along with the likes of Change, The BB & Q Band and High Fashion, they were part of the Little Macho Music phenomenon and that's how they ended up in an 8 track studio on 7th Avenue near 20th Street, where Little Macho recorded demos. Produced by the band's vocalist Mic Murphy, who also wrote the track along with fellow band member LaForrest Cope, the band needed just one session to capture "Much Too Much". The recording studio just so happened to be run by Silvio Tancredi and when the tracks were finished he offered to put them out on his 25 West record label. The vocal version and an instrumental mix were released as a 12' the following year. Mic tells us this meant Sass "were one of the few bands to have a record release while still playing on the club circuit. So the reaction exceeded our expectations at the time". According to Mic "Much Too Much" was something a little different from the band's live sound at the time, "it was more R&B smoothed out than the more funk rock we usually leaned into". Indeed, the track glides with grace, poise and patience. The elegant, easy tempo, combined with the magnificent melody and Mic's signature sublime vocal conjures magic. The blend of deep boogie-funk power and heavenly sweetness is both infectious and goosebump-inducing. Over on the flip-side, the instrumental slaps harder. Without Mic's vocal it's just pure groove, with nothing to stop you vibing all night - the bassline, the drums and the melody still connect. Hard. Pick your side, you won't lose. Working directly with Mic Murphy means that the audio for this re-issue of the classic 12' comes from the original tapes. Cut at 45 RPM and released in a plain sleeve, we've made sure this record is well up to the job of having a permanent place in every DJ's bag. As far as we're concerned, this is essential stuff. Mic told us just how much it means to him to have "Much To Much" re-issued: "It's an amazing feeling to have something you created almost 40 years ago still have relevance and even more amazing to be considered among the Northern Soul boogie anthems. And it's especially important to me that we're available again on vinyl".