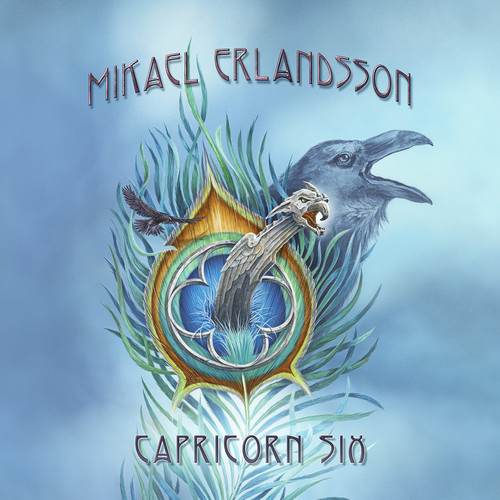 Mikael Erlandsson is back with his 6th solo album "Capricorn Six". The Swedish singer is a true Aor/melodic rock legend that with his amazing voice which has been one of the best in this genre for more than 25 years. Erlandsson had success in Sweden already in 1990 when he was the frontman in the band N'Gang where he had several hits incl. a Swedish song in the Eurovision Song Contest. The breakthrough in the Rock scene happened in 1993 when he released his first solo album. The album topped that year's best of melodic rock charts and had an impact all over the world - but especially in Japan. Later on, 4 more solo albums saw the light of day and Erlandsson guested as singer on albums with Phenomena, Radioactive, Salute, Love Under Cover amongst others. During the last fifteen years Mikael also led his own band "Last Autumns Dream" who released 15 albums and did some touring in Japan, Germany and England. Now, Mikael Erlandsson is back with a new album filled with songs in his classic style. Musicians on the album are Sayit DĂ¶len (guitar), Pontus Engborg (drums) and Joel Starander (bass). The record was produced by Claes Andreasson and Mikael Erlandsson (Last Autumns Dream, Heartbreak Radio) and mixed and mastered by Martin Kronlund (guest guitar themes on "Eye of the hurricane", "Break another heart" & "I just wanna love you".
back to top