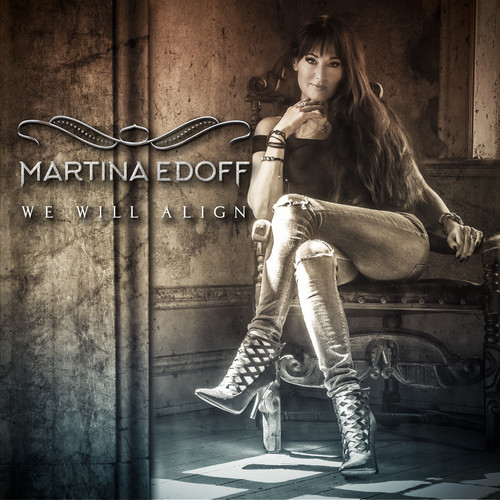 2017 release. The self-titled Martina Edoff album was released in 2014, and nearly a year later, the second record called Unity took her and her band on a successful North American tour in September 2015. She soon went to Argentina and performed for 6000 new fans as an opening act for Tarja Turunen. The tour went on to share the stage with The Winery Dogs on their European tour in early 2016. The UK audience welcomed her the same year for a mini tour and she later returned to the Rockingham Festival to perform. Now she's back with the third record We Will Align.
back to top