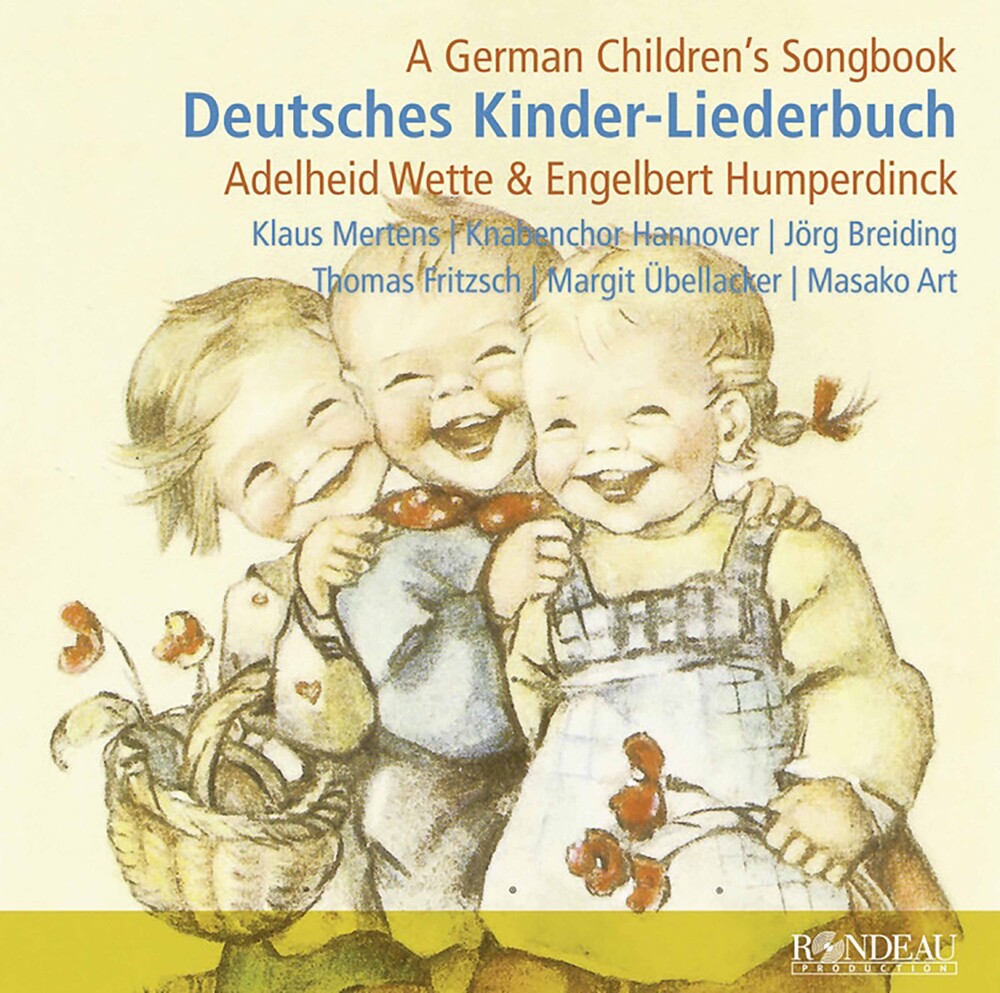 Whoever hears Engelbert Humperdinck's name inevitably thinks of "Hansel and Gretel", the fairytale game that was premiered on December 23, 1893 at the K. Hof & National Theater in Weimar under the direction of Richard Strauss and within a few years -Already translated into 17 languages -storming the opera stages of the world. In July 1902 Engelbert Humperdinck, head of the Academic Master School for Musical Composition at the Akademie der KĂĽnste Berlin since 1900 and since 1901 also Professor of Composition at the Stern Conservatory in Berlin, corresponded with Friedrich Andreas Perthes, the owner of the publishing house of the same name in Gotha. The first edition of the "German Children's Song Book" with a total of 72 songs appeared in 1903. Wette and Humperdinck had folk songs for it, but also Songs by Wolfgang Amadeus Mozart, Robert Schumann, Johann Adam Hiller and Carl Maria von Weber selected and new songs added, additional stanzas were added to traditional songs and a simple, unmistakable Humperdinckian piano movement was added to all wise men. Around 120 years ago, Wette and Humperdinck made a big hit with the "German Children's Song Book:" They collected and edited songs suitable for children, which have musical and textual demands, which are equally captivating for children and adults, and which can be found on the fine line between still known songs and those that we had (almost) forgotten, and they contributed new creations from the spirit of loving naivety.