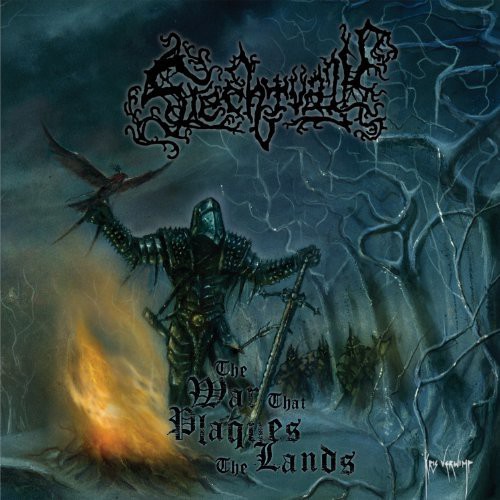 Digitally remastered reissue of this 2002 release from the Viking/Black Metal band. Starting as a solo project of vocalist/guitarist Shamgar, Slechtvalk was formed in 2000 when he wrote some songs for his debut album FALCONRY (2000). in the following months, Shamgar went looking for more band members, which resulted in the complete band being formed in 2001. Together the band members experimented to find their own sound and the typical Slechtvalk Black Viking sound was born. This resulted in the second full-length album THE WAR THAT PLAGUES THE LANDS, which was the break-through for Slechtvalk on to the European black-metal scene.
back to top