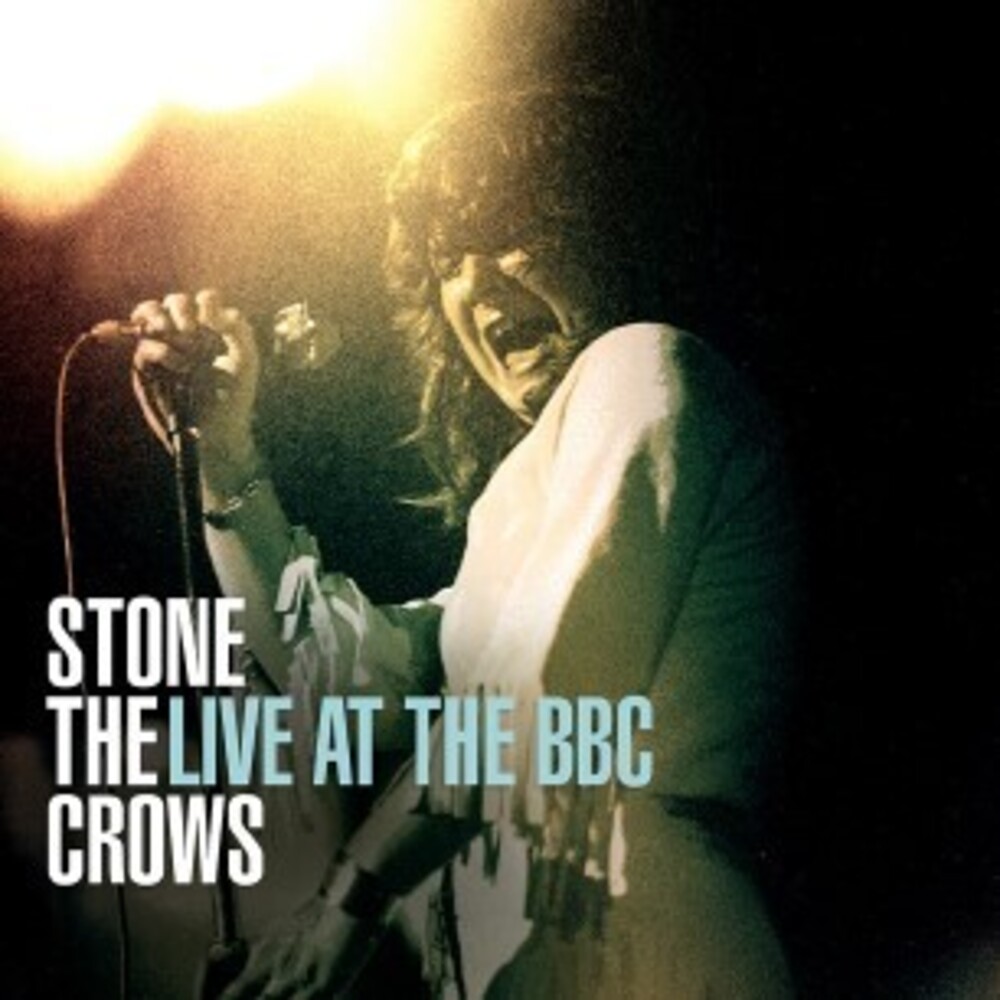 Live At The Bbc (Uk)
Artist: Stone The Crows
Format: CD
New: Not in stock
Wish

The acclaimed jazz-rock fusion band led by Ian Carr recorded live and in session at the BBC. Over four hours of BBC broadcast recordings spanning 1969-72 remastered by Eroc. Drawn from such seminal shows as Top Gear and Sounds of the 70s. Includes concerts recorded at London's Palace Theatre in 1971 and 1972. Disc 4 comprises additional broadcasts from 1970. Liner notes by Chris Welch include a new interview with singer Maggie Bell. Formed in Glasgow in 1969, Stone the Crows cut their teeth in the pubs of Scotland and had everything going for them: not one, but two gritty singers, a talented guitarist, a rhythm section that had played with John Mayall, plus the kudos of having Led Zeppelin manager Peter Grant as their producer. With a slew of critically acclaimed albums, it was on stage and live in the studio that Stone the Crows really -ew free, as these superb recordings from 1969-1972 attest. The undoubted jewel in their crown was lead singer Maggie Bell. Winner of several Top Female Singer awards in Britain, Bell had a raunchy, gutbucket voice which, although it fell short of the naked emotion and range of Janis Joplin's, probably came closer to her style than any other female singer. When her powerhouse vocals caught the attention of Peter Grant, his visceral reaction - "Stone the Crows!" -led to the band changing their name. Hewn from studio sessions with John Peel, Bob Harris and Mike Harding, as well as in-concert performances, this 4CD set captures the Crows' burgeoning Blues/Rock prowess. From the original line-up featuring guitarist/songwriter Leslie Harvey, to their latter stages with a young Jimmy McCulloch on guitar, Live At The BBC brings together broadcast versions of tracks from their four albums together with songs often featured in their live sets. Compiled in conjunction with Ashley Wood, Disc 4 includes a further eight recordings from 1970. Remastered by Eroc for optimum sound quality, the package includes a photo-laden booklet with informative notes by Repertoire's Chris Welch and features a new interview with Maggie Bell.