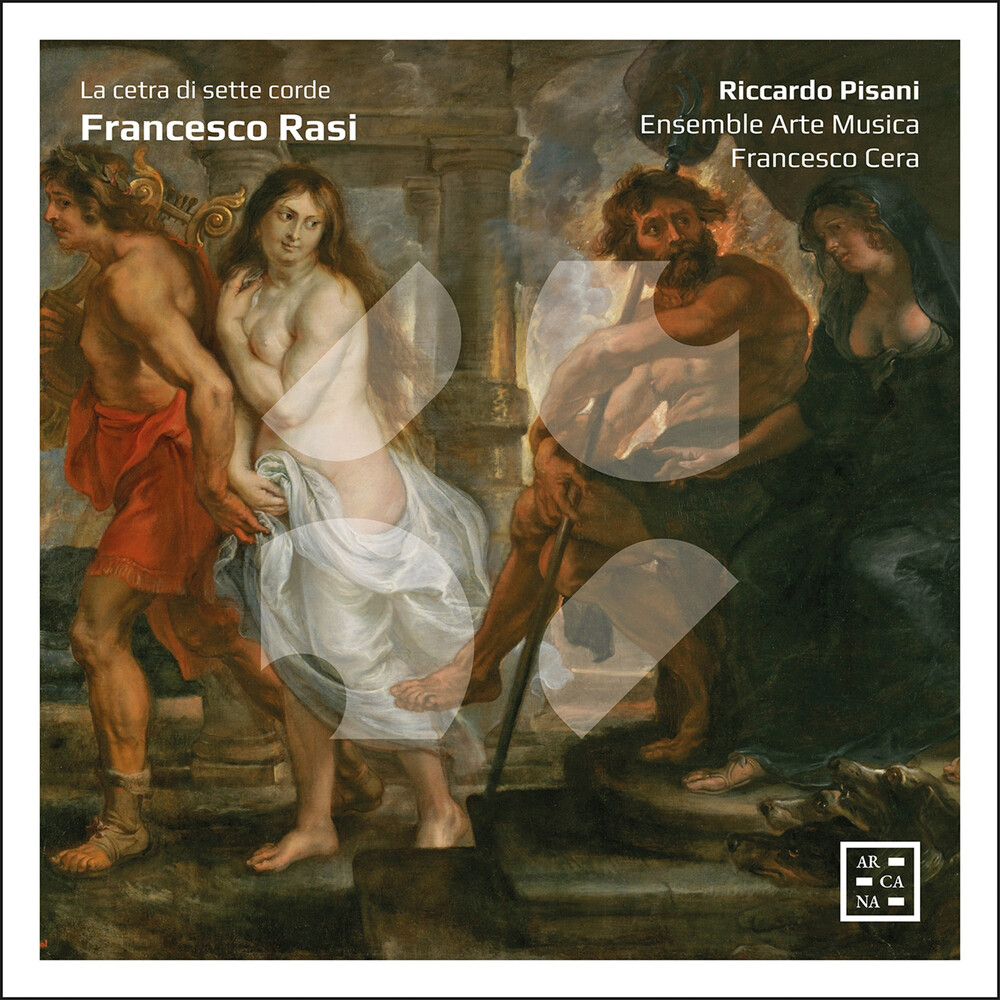 The first monographic recording entirely dedicated to Francesco Rasi is released for the 400th anniversary of his death (30 November 1621). The first interpreter of Monteverdi's Orfeo, an astonishing tenor and poet with a life studded with triumphs, constant travels, debts and murders, this native of Arezzo was fought over by all the courts of Italy and Europe. The pieces, on texts by Petrarch, Guarini, Chiabrera and Rasi himself - including ten world premieres - are taken from the Vaghezze di Musica (1608) and the Madrigali (1610). Tenor soloist Riccardo Pisani explores their extraordinary poetic and musical power, in a kaleidoscope of affects divided into seven 'strings of the lyre'. He is accompanied by the Ensemble Arte Musica, directed by harpsichordist Francesco Cera. The two artists have been collaborating for years on rediscovering the Italian vocal repertory of the seventeenth century, as witnessed by the recent success of their set of Frescobaldi albums, released on Arcana.
back to top