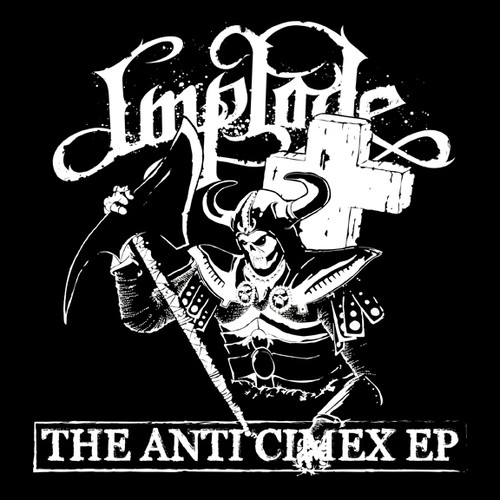 Limited seven inch vinyl pressing. 2016 EP from the Swedish thrash/death metal act. This time Implode pays a tribute to the Swedish legendary crust punk masters Anti Cimex. Why is a death metal band doing covers of a crust punk act? Well, this is more logical than it seems. The legendary band Anti Cimex began their carriers in the Swedish small town; Mariestad, where Implode also comes from. So the members of Implode have always had Anti Cimex as a big inspiration from the very beginning. So Implode feels like paying a tribute to the masters of Crust punk, in their own little way... Horns and spikes up! This is the first new recording from Implode since the highly acclaimed album I of Everything was released in April of 2015. The album was a commercial success in Sweden and entered the official Swedish Charts over most sold albums in Sweden when released. The band has toured all over EU with legends such like Entombed AD, Grave, Rotting Christ, Twilight of the Gods and more.
back to top