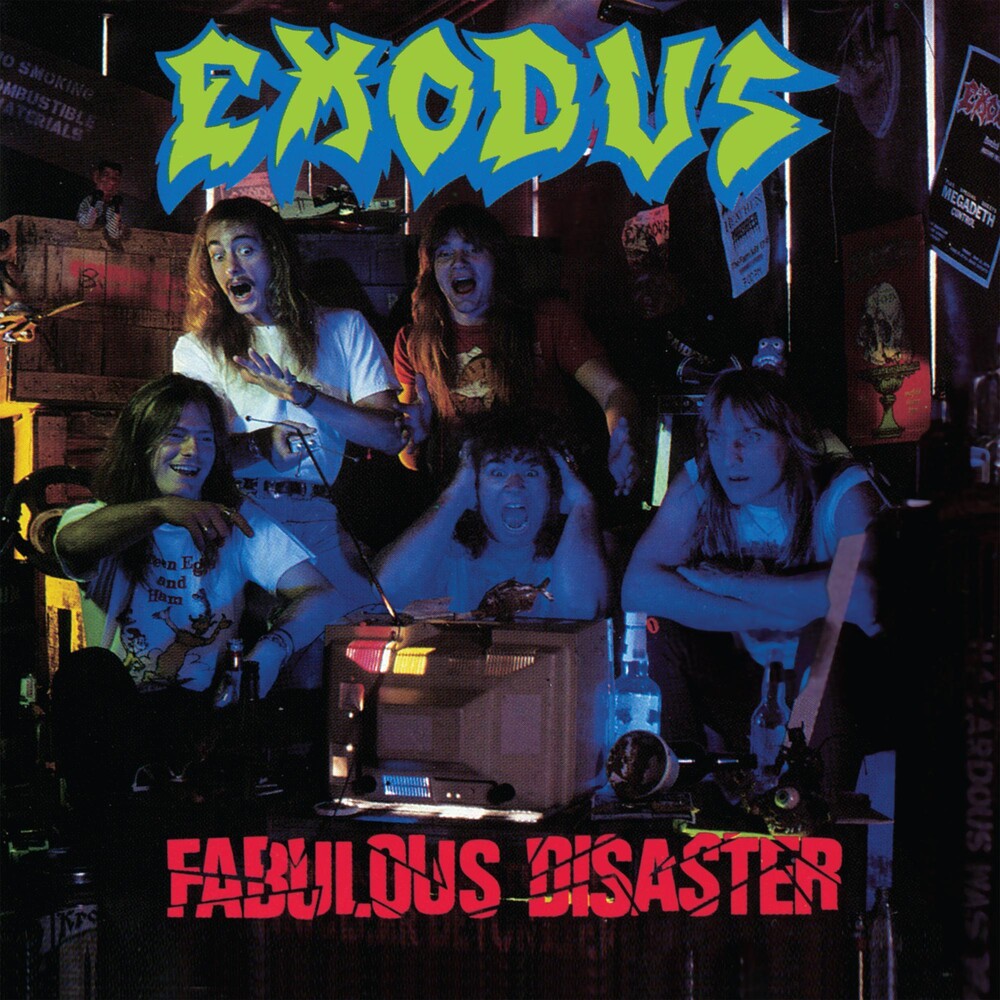 Vinyl LP pressing. Next to Metallica's Kill 'Em All and Slayer's Show No Mercy there was one other record that not only set the whole world of heavy metal ablaze, but also can be considered as a genre defying album: Exodus' 1985 debut Bonded By Blood. As furious as their Bay Area counterparts, and with machine gun riffs from Gary Holt and Rick Runolt and absolute madman vocals from Paul Baloff, Exodus delivered a debut album that now, nearly 35 years later is universally regarded as an absolute classic. 1987 follow-up Pleasures Of The Flesh marked the band's first with ex-Legacy vocalist Steve 'Zetro' Souza. That line-up's creativity led to pivotal third 1989 album, Fabulous Disaster which ultimately awarded the band a major label contract with Capitol Records. It finds the band at the peak of their musical composition and creativity and even offering up a cover of War's "Low Rider."