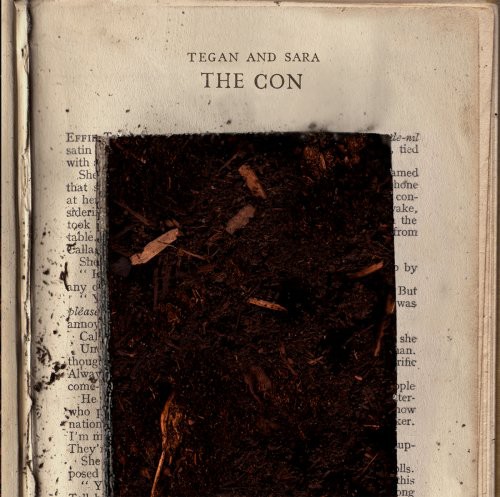 With THE CON, singer/songwriter-guitarist identical twins Tegan and Sara Quin build on their break-through success of 2004's SO JEALOUS. Eighteen months of touring followed, including shows with the Killers. At the same time, their track "Walking with a Ghost" was ubiquitous and was covered by the White Stripes. THE CON, co-produced by Death Cab for Cutie's Chris Walla, marks the most mature effort to date in the rising career of Tegan and Sara.

Identical twin sister Canadian folkies with great bangs: Could these two be any more annoyingly adorable? We were huge backers of their 2002 statement of intent If It Was You, a mostly-electric slew of sharp, observant relationship pop'"little wonder they finagled guest spots from members of Death Cab for Cutie and the Rentals on this one'"but didn't get the hoopla behind 2004's mainstream, Green Day-style breakout So Jealous. Judging by the new one's tracklist, perhaps they've teetered back to the dark side: "Knife Going In" or "Burn Your Life Down," anyone? Making matters even more (adorably) goth, the third high-profile guest appearance comes courtesy of AFI bassist Hunter Burgan. Don't hate us because you're beautiful, T&S.
back to top