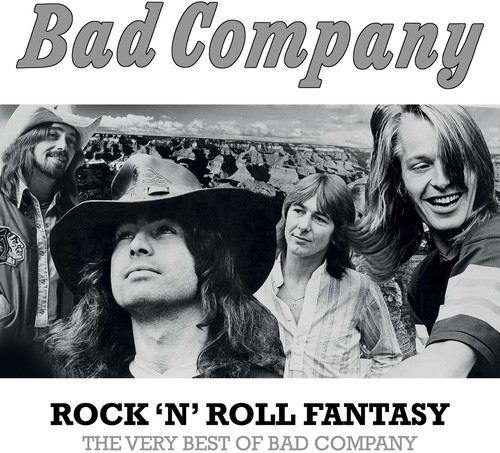 The 19-track collection spans 1974 and 1982 and features many of group s best-loved songs, like Can t Get Enough, Feel Like Makin Love and Rock N Roll Fantasy.

Longtime fans will certainly appreciate the inclusion of previously unreleased alternate versions of Easy On My Soul and See The Sunlight. Both of these are different versions than the ones that appeared on the deluxe editions Bad Company and Straight Shooter.

Singer songwriter and multi-instrumentalist Paul Rodgers along with guitarist/songwriter Mick Ralphs, bassist Boz Burrell and drummer Simon Kirke recorded Bad Company s eponymous debut in 1973. When it was released in 1974, the album was an instant smash and climbed to the top of the album charts. Since then, it has been certified five-times platinum. It features such instantly recognizable tracks as Movin On and Ready For Love, which are included on this new collection