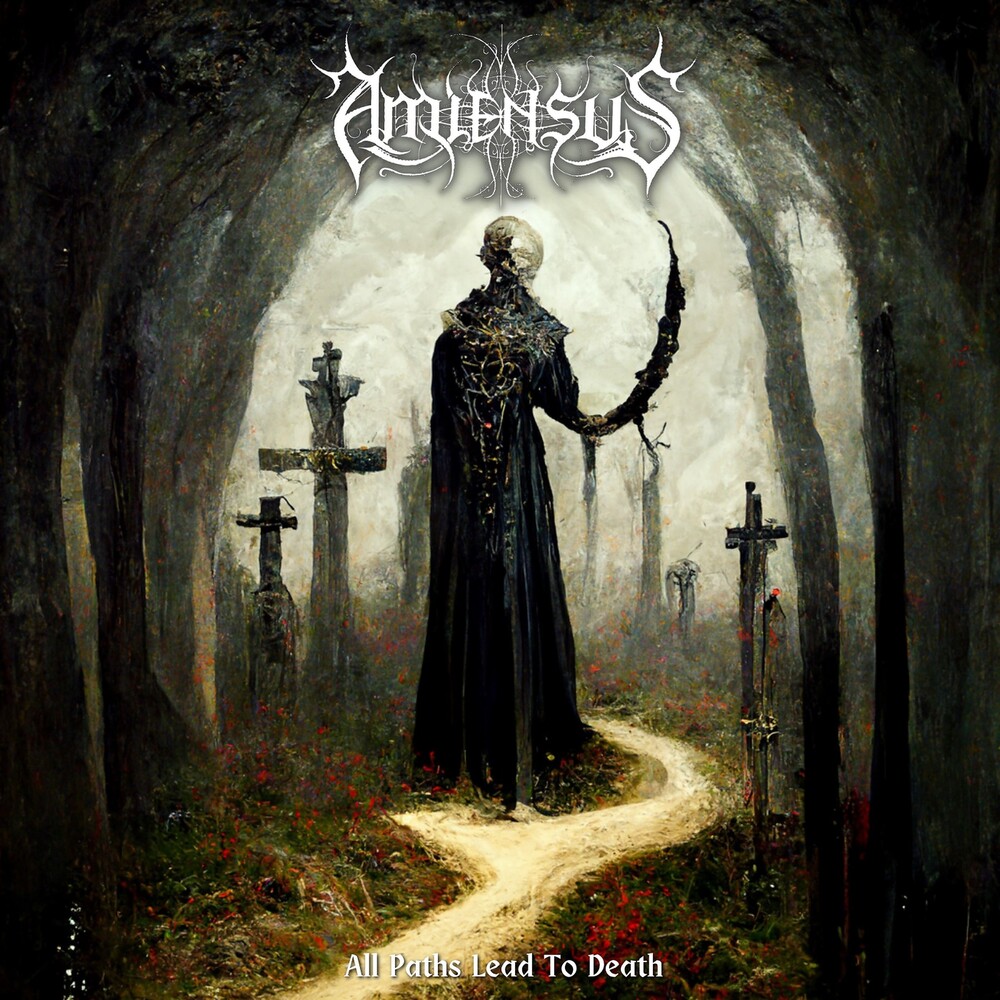 In early 2017, Amiensus returned from it's first major tour, tasked to create an album reflecting the intensity of live shows for the first time in it's career. It was an album to be made of many firsts; the first album with live drums since 2010's "The Last EP", the first album since the band started touring, the first album with the singular purpose of creating the heaviest, yet melodic reflection of the band's live performance, and of course, influence. Using their background and education in theology and religion. "All Paths Lead to Death" was conceptually formed around multiple cultural depictions of the concept of afterlife and hell, depicting graphic scenes of torture, physically, mentally, and spiritually. Completed in just 2 weeks, it was released in May 2017 with a rushed, yet familiar feel. In 2022, the band decided to remix and master it's most ferocious output with friends and producers of their forthcoming 4th LP, Spencer Fox, and Stacey Smyre. The result is a more clear, concise, and burning depiction of the fiery EP from 2017, and a glimpse into the production of the next album.
back to top