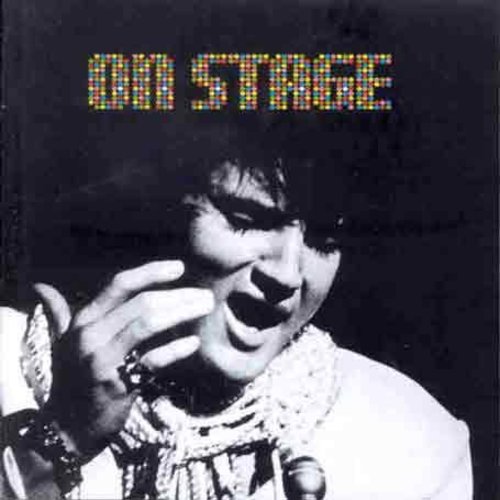 For this 1970 live album, the King put his stamp on hits from other artists. The result was another blockbuster LP, featuring the #1 "The Wonder of You." This expanded version includes six bonus live tracks including electrifying versions of "Long Tall Sally" and "Suspicious Minds."

''On Stage'' is an Elvis Presley live album recorded between February 17 and 19, 1970 at the International Hotel, Las Vegas, Nevada. It features the world-wide #1 single "The Wonder of You", which topped both the United States AC tracks chart and the British music chart. It was an immediate follow up to ''From Memphis to Vegas/From Vegas to Memphis'', which also featured live recordings. Unlike the previous release, however, this album focused on songs that were not, at the time, associated with Elvis. This album was released in June 1970 and peaked on the chart in July 1970.

Other selections include "See See Rider", The Beatles' "Yesterday", Tony Joe White's "Polk Salad Annie", Del Shannon's "Runaway", and a version of "Let It Be Me". "See See Rider" would go on to become Elvis' frequent introductory number at his concerts, while "Polk Salad Annie" also became a regular part of his repertoire. The album is notable for not showing Elvis' name anywhere on the cover.

The album has remained in print since its release date and has sold more than ten million copies globally.

On January 8th, 2010 it was announced that a Legacy Edition would be released, to follow the Legacy Edition release of "From Elvis In Memphis", in the spring of 2010. - Wikipedia