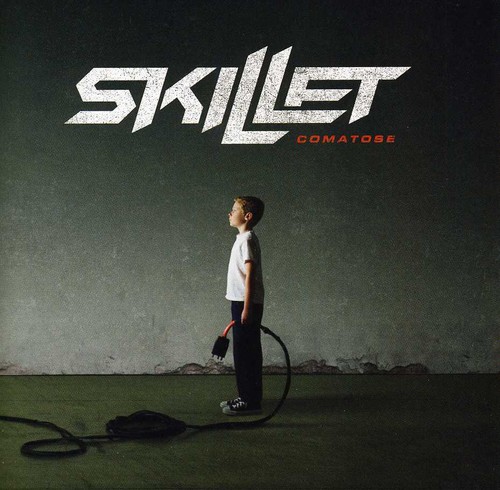 With COMATOSE it seems Skillet's struck gold yet again, building off the refined musicianship found on their last album COLLIDE and taking it to even more jaw dropping extremes. The lead single is "Whispers", which is a complex but accessible amalgamation of jarring guitars, humonguous power chords and neck snapping reactions calling all to come alive.

''Comatose'' is the seventh full-length album released by the Christian rock band Skillet. Released October 3, 2006, this album continues their previous album's trend of downplaying the keyboard elements that were prominent in previous releases in favor of more orchestral elements and distorted guitars set to modern hard rock anthems. Comatose has sold over 500,000 units and has been certified Gold as of November 3, 2009; their first gold record. Comatose received a Grammy Award nomination on December 6, 2007 for Best Rock or Rap Gospel Album. A deluxe edition of Comatose was then released in stores on December 26, 2007 and a live DVD of their headlining tour in support of Comatose was released in Fall 2008.

This is the last album drummer Lori Peters recorded with the band. - Wikipedia