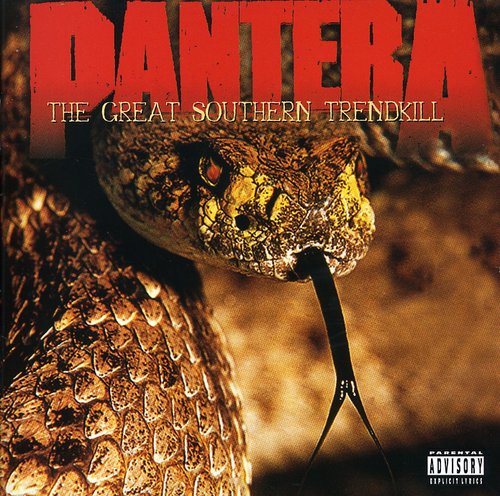 Since their 1990 debut, Pantera - immune to the whims of trend - have become the outspoken standard-bearers of musical integrity, D.I.Y. spirit and rebelliousness. Hot on the heels of 3 consecutive platinum albums, the group rise again with a highly-anticipated new album featuring the tracks "Drag the Waters," "Flood" and "Suicide Note Pt. 1." Pantera will co-headline a summer tour with White Zombie, and then continue on their own for up to a full year after the record's release.

''The Great Southern Trendkill'' is the eighth studio album by Pantera. It was released in May 1996 through East West Records. It reached #4 on the Billboard Top 200 chart.

Due to tension within the band, Phil Anselmo recorded the vocals alone at Trent Reznor's Nothing Studios in New Orleans; Dimebag Darrell, Rex Brown and Vinnie Paul recorded the music at Chasin Jason Studios in Dallas, Texas. This album, with the exception of the track "Suicide Note Pt. I", was released as downloadable content for the Rock Band series. - Wikipedia