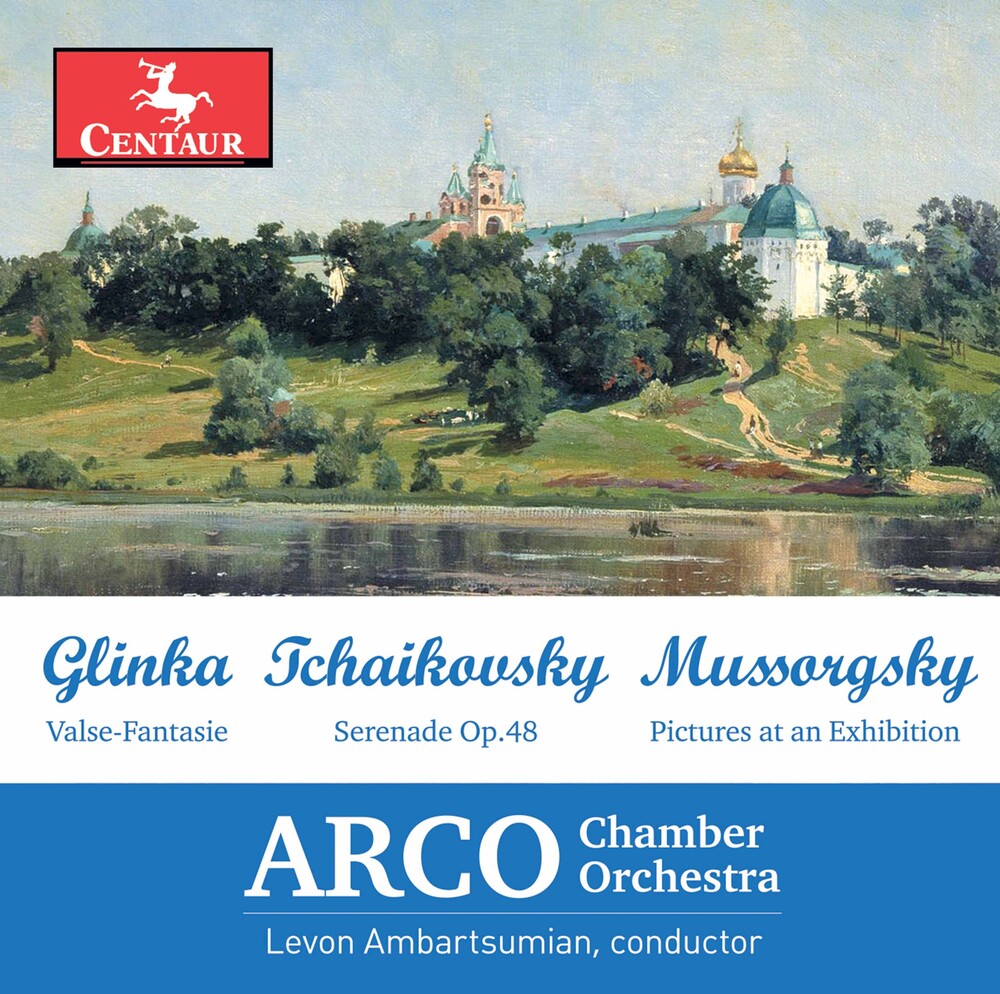 This a great program of Russian works performed by chamber orchestra. The Tchaikovsky serenade is the original work; the works by Glinka and Mussorgsky are masterful transcriptions for chamber orchestra (Glinka) and string orchestra (Mussorgsky). The ARCO Chamber Orchestra was originally founded in Russia in 1989 at the Moscow Tchaikovsky Conservatory by Levon Ambartsumian. When Mr. Ambartsumian joined the University of Georgia's School of Music faculty in In 1995, he remained the artistic director and conductor of the orchestra, moving it's home base to the Hugh Hodgson School of Music, where the ensemble has now become a talented international blend of musicians. Since it's creation, Ambartsumian has led UGA's ARCO Chamber Orchestra, commercially releasing 15 albums and has performing four times in Carnegie Hall's Weill Recital Hall.