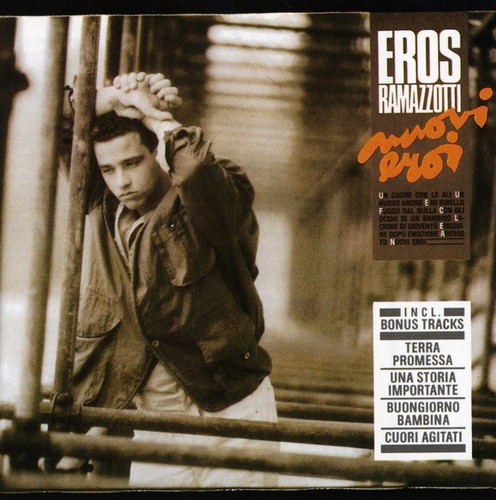 ''Nuovi eroi'' (''New Heroes'') is the second album by Italian pop/rock singer Eros Ramazzotti, produced by Piero Cassano and released in 1986 on the BMG label.

Lead single "Adesso tu" won the 1986 San Remo Music Festival, and topped the singles charts in Italy, Switzerland and Austria. The version included on the album is 1:05 longer than the single version, with additional instrumental passages. ''Nuovi eroi'' went on to reach #1 in the same three countries. It is the first of eleven consecutive full-length studio albums by Ramazzotti, up to and including 2009's ''Ali e radici'', to top the Italian Albums chart.