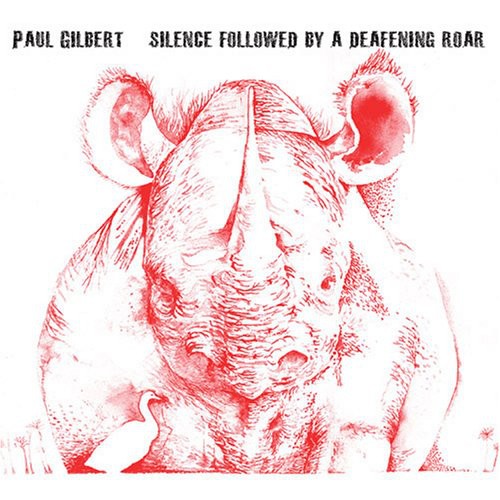 Hot on the heels of his successful GET OUT OF MY YARD CD, SILENCED FOLLOWED BY a DEAFENING ROAR is the second all-instrumental CD by guitarist Paul Gilbert, regarded internationally as one of the greatest players in the industry. Starting his recording career with Shrapnel Records as a teenager in the late 80s, Paul Gilbert remains one of the most active guitarists from the original shred guitar scene, stemming from his multi-faceted talent and long-range career. With Platinum success, including a number one song with Mister Big and cult status as founding member of the legendary and highly successful underground progressive metal band Racer X, Gilbert's sales draw from nearly 20 albums and more than 20 years as a recording artist and touring musician. There has been a resurgent interest in musician-oriented records, the Shrapnel back catalog and Racer X/Paul Gilbert.
back to top