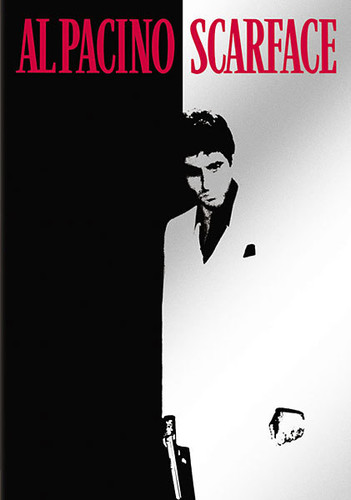 The classic Brian de Palma directed 1983 remake of the 1932 action/gangster film. In the spring of 1980, the port at Cuba's Mariel Harbor was opened, and thousands of refugees set sail for the United States. They came in search of the American Dream. One of them found it on the sun-washed avenues of Miami wealth, power and passion beyond his wildest dreams. He was Tony... Montana. The world will remember him by another name, Scarface. Produced by Martin Bregman. Cast includes Al Pacino, Steven Bauer, Michelle Pfeiffer, Mary Elizabeth Mastrantonio, Robert Loggia, Richard Belzer & more.