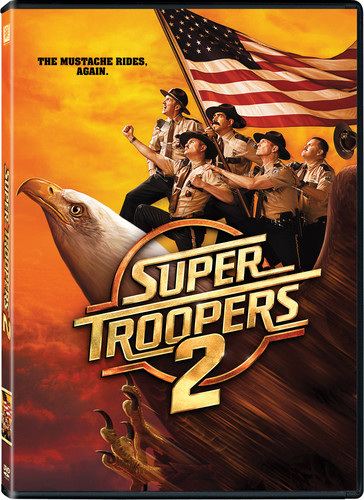 Those inept Vermont state troopers are back in this riotous, crowdfunded sequel to the 2002 hit. Having been unsurprisingly kicked off the force, the boys are hired back to protect and serve in a small town located on a piece of land under dispute between the U.S. and Canada. Now, the bumbling cops will try to bring down some local drug-runners while culture clashing with a trio of Mounties. Jay Chandrasekhar, Kevin Heffernan, Seann William Scott, Lynda Carter, and Brian Cox star. 100 min. Widescreen; Soundtrack: English.