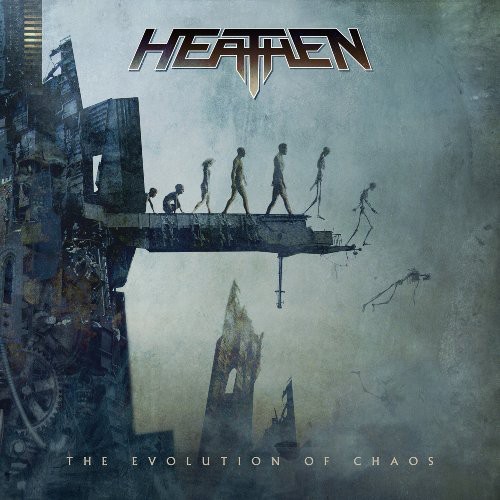 The Evolution Of Chaos
Artist: Heathen
Format: CD
New: Not in stock
Wish

2010 release from the San Francisco Thrash Metal band, their first album of new material in 20 years! Evolution of Chaos has been a work in progress for the past five years, and Heathen is happy to say it's finally finished and ready to release. Evolution of Chaos, written and recorded by the current line-up of vocalist David White, guitarist Lee Altus, guitarist Kragen Lum, bassist Jon Torres, and percussionist Darren Minter. Evolution of Chaos is a true epic of Heathen's brand of Metal with guest appearances from the likes of Gary Holt (Exodus), former Heathen guitarist Terry Lauderdale, and others. A must have addition to any Metal collection.
back to top