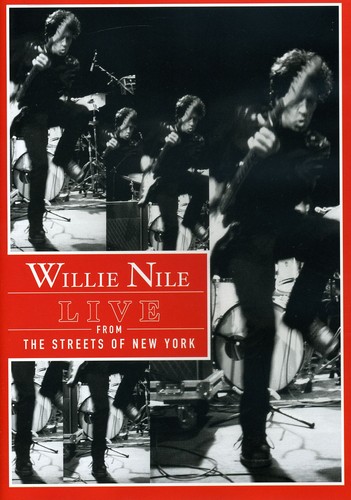 2008 DVD release of Willie Nile: Live from the Streets of New York. The DVD features 14 videos with song by song commentary, special bonus documentary with exclusive clips and interviews of Willie with the band plus an introduction by WFUV and XM radio host Pete Fornatale. First ever DVD of Willie Nile's legendary live show which was filmed and recorded at the Mercury Lounge in NYC. Nile's 25 year career has garnered a legion of dedicated fans including Pete Townsend, Bono and Bruce Springsteen. The New York Times called Willie 'One of the most gifted singer/songwriters to emerge from the New York scene in years' and UNCUT Magazine gave his landmark album, Streets of New York, four stars calling it 'a platter for the ages'.