Beach Fossils - Clash The Truth
With a full time drummer (and co-writer of two tracks on the LP) Beach Fossils entered the studio in the fall of 2012 with producer Ben Greenberg of The Men. Instead of merely going from a "bedroom DiY" project to a "better fidelity studio project" the deliberate decision to work with Ben was determined to capture, if not in style, the spirit and enthusiasm of punk and aggressive music in general. Brittney Spears - One More Time (Picture DIsc)
The greatest pop record of the 20th century (1998 y'all whacthu know about it?!). Now on coveted picture disc format, where it looks good on the wall but probably sounds mediocre on the player. Screw it, "it's Brittney bitch". You need this anyway. 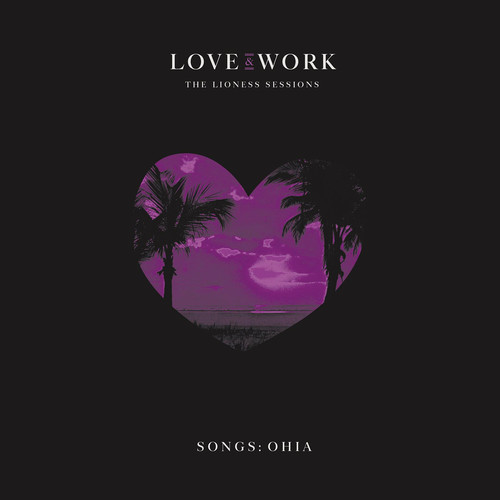 Songs: Ohia - Love & Work: The Lioness Sessions
The Lioness is the first Jason Molina project to fully turn away from the battlefield folk and deconstructed Americana of earlier Songs: Ohia recordings. At the dawn of the 21st century, the album felt modern. It aligned Molina with a new set of peers - Low, Gastr del Sol, Red House Painters and, most importantly, the influential Scottish band Arab Strap, whose producer and members were crucial in the creation of The Lioness. The avant-garde tones and arrangements of Arab Strap are absorbed here into Molina's songwriting to create what would become, for many acolytes, the archetypal Songs: Ohia sound. Love & Work: The Lioness Sessions, the box set reissue, will serve as the seminal log of the era, complete with lost songs, photos, drawings, and essays from those who knew Molina best. B12 - Time Tourist
Limited colored vinyl LP pressing, includes digital download. New edition of the second B12 album, originally released by Warp in 1996. It continues the sleek, Detroit-inspired sci-fi techno moves of their Electro-Soma era, but ties the tracks to a playful concept in which the tracks are presented as an educational soundtrack designed by the 22nd-century company B12 Systems. Housed in an evocative Designer's Republic sleeve based on a Trevor Webb airbrush painting, the sleevenotes riff on a dystopian future society looking back at the primitive past and includes references to such genre touchstones as Blade Runner, Philip K. Dick and Star Wars. For the new vinyl edition the original B12 technology times sleevenote has been re-designed as a standalone booklet insert, and there is an A5 sticker sheet of future corporate logos from the Time Tourist universe. Laibach - The Sound Of Music
The genre-breaking Slovenian collective have re-recorded the soundtrack for the beloved Julie Andrews film, The Sound Of Music. In 2015, Laibach famously performed much of The Sound of Music's soundtrack in Pyongyang, North Korea. Included on this album are Laibach's industrial-leaning takes on favorites such as the musical's title track, "Favorite Things" and "Do-Re-Mi." Also featured are the band's renditions of "Arirang," the unofficial national anthem of Korea, and "The Sound of Gayageum," a drum-heavy composition highlighting the traditional Korean instrument. Calexico - The Black Light: 20th Anniversary Edition
An album about crossing physical and metaphorical borders that has never been timelier: Calexico's classic album “The Black Light“ turns 20 this year! This limited edition celebratory anniversary edition includes all new artwork by Victor Gastelum, extensive liner notes, and 11 bonus tracks. What was surprising about The Black Light (and what set its architects apart from their indie rock peers) was the album’s unusual willingness to wade into the rapids of American and Mexican culture, fully immersing itself midstream. From the outset, with ‘Gypsy’s Curse’, the record combines guitar twang and flamenco flourishes; and by its end, almost an hour later, it’s contrived a skillful and instinctive union of smoky bar room jazz, arthouse indie rock, and compelling mariachi brass in ‘Frontera’. If Calexico falls short as a name, it’s only in the fact that ‐ along‐ side their mining of Mexico’s fertile musical past ‐ Joey Burns and John Convertino weren’t just digging into California’s songbook... they were unearthing America’s too. Start off your shopping season the right way by hitting your favourite record store and picking out some awesome gifts for your loved ones (and yourself).  As well as the fantastic variety of record store goodies we stock all year round there will of course be some special releases exclusive to record stores streeting that day. You can check out the list of those titles right here! And you can also head over to recordstoreday.com for more details. Saturday will of course be Small Business Saturday and there will be FOUR special limited edition singles will be available ONLY AT INDIE RECORD STORES:

KID DOE Lucky Wheel 12" gold single
X founder John Doe and musician Micah Nelson (AKA Particle Kid) have shared stages together (big ones at Willie Nelson's Luck Music Festival, small ones like the iconic Pappy & Harriet's in Joshua Tree) and now they're sharing a single! Each musician covers a song from the other here, plus another cover of a tune close to their heart.

BEN FOLDS - Mr. Peepers 7" single
Written and recorded for a project in conjunction with the Washington Post Sunday Magazine, who approached Ben to write a song that spotlighted the art of storytelling. Ben chose to focus, with research assistance from a Post political writer, on a character currently in the news.

TONY BENNETT with DIANA KRALL - Fascinating Rhythm 10" single
"Fascinating Rhythm" was Tony Bennett's first physical recording in 1949, made under his stage name Joe Bari, and he revisits that for his latest project, a duet with his friend Diana Krall, showcasing their shared love of the music of George and Ira Gershwin! Both versions of that song are brought together for this special 10" single.

INGRID MICHAELSON Songs for The Season B-Sides 7" picture disc
Professional singer-songwriter? Running your own label? Guess what!? That's being a small business owner! So it makes sense that Ingrid Michaelson is celebrating this festive time of year by releasing a 7" picture disc on Small Business Saturday! This indie record store-exclusive single has B-sides from her holiday album Songs Of The Season.