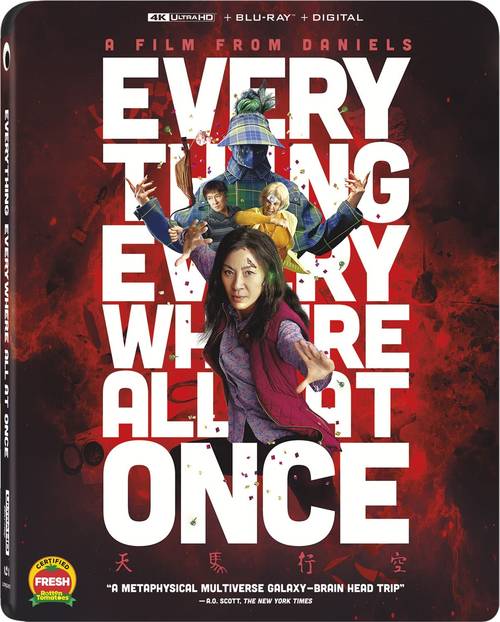 Everything Everywhere All at Once [Movie]

Everything Everywhere All at Once [4K]

Blu-Ray: $42.99 UNAVAILABLE
As she braced for an IRS audit, middle-aged Ă©migrĂ© Evelyn Wang (Michelle Yeoh) felt a failure as wife, daughter, mother, and businesswoman. It was a heck of a time to discover that she could tap into the abilities of countless variant versions of herself across reality-and that she would need them to conquer a threat poised to collapse it all. Audacious fantasy-action farce from the makers of "Swiss Army Man" co-stars Ke Huy Quan, Stephanie Hsu, James Hong, and Jamie Lee Curtis. 132 min. Widescreen; Soundtrack: English. Two-disc set. 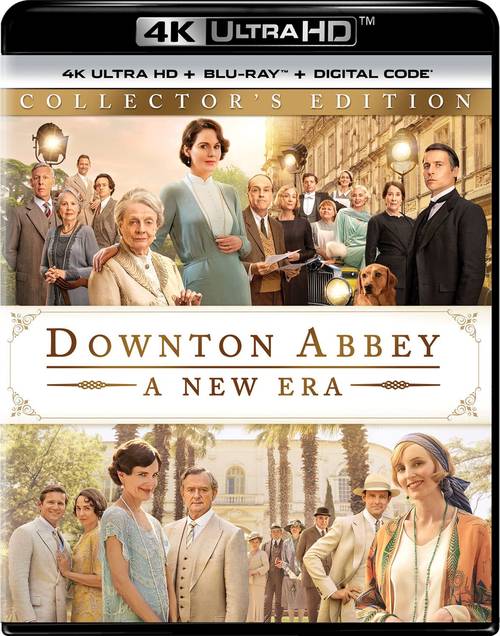 Downton Abbey: A New Era reunites the original principal cast. In addition to the original cast, Hugh Dancy, Laura Haddock, Nathalie Baye and Dominic West will join the cast. Downton creator Academy-Awardr winner Julian Fellowes will once again write the film's screenplay, with Emmy and BAFTA Award-winning Gareth Neame and Emmy Award-winning Liz Trubridge back to produce with Fellowes. BAFTA and Emmy nominated director Simon Curtis (My Week with Marilyn) will join the filmmaking team to direct the sequel.